In Memphis, 37% of homeless individuals are women, but just 6% of the city’s emergency shelter beds are set aside for them, according to the Memphis-based homeless services provider The Hospitality Hub. It’s a problem the organization has been working for years to address, with plans in motion to open a brand new 32-bed shelter for women in December 2021. But in early 2020, as the coronavirus grew into a global pandemic, the need for the emergency shelter couldn’t wait. So the organization bought a house.

After some quick renovations, the house has become the Hub Hotel, a women-only shelter that’s been providing both housing and services to about 25 women full time since July. “The Hub Hotel is 100% a COVID response,” says Ellen Roberds, principal of the social impact development firm Dragonfly Collective, which handles the Hospitality Hub’s strategic development.

Like many cities, Memphis has been forced by the pandemic to face the disproportionate impact COVID-19 has had on those experiencing homelessness, with high rates of contagion and deaths in shelters. And though some other cities, like Toronto, have been quick to respond by building new housing at a rapid pace, others, like Las Vegas, initially responded by creating an open-air homeless shelter in a parking lot.For Roberds and the Hospitality Hub, the process of creating this pandemic-related shelter has ended up informing the organization’s longer term housing design strategy. It was a fast-forward adaptive reuse version of the shelter the organization had planned to build–and it sparked some ideas of what else could be done quickly to serve the city’s homeless population in the long, pandemic-stricken months before its new shelter would be finished. For an organization that had previously served clients only during the day, it suddenly found itself caring for individuals around the clock, and juggling the needs of even more people beyond the hotel’s doors.

Before, the feeling was “we have 18 months [until the shelter opens], we’ll figure it out. And then COVID hit, and it was sort of like, okay we’re doing this now,” says Roberds. “Once we were working with women and housing them, we weren’t going to put them back on the street.”

Now, in addition to the Hub Hotel, the organization has opened a pop-up day services center, providing access to clean bathrooms, lockers, phone chargers, and the Hospitality Hub staff. Built on the site of the forthcoming shelter, the pop-up center has allowed the organization to provide services to a wider group of people in the city. For some, it’s as simple as having a safe place to go during the day.

Roberds says the process of creating the hotel and the pop-up service center has led the organization to rethink how it should design its facilities to meet the needs of its clients. “We’ve been learning about trauma-informed care and trauma-informed design to build a place that increases healing and lower stress for the women,” she says.

From the use of soothing colors and a need for wide hallways and ample outdoor space, the hotel renovation project is offering some guiding principles for the permanent shelter building, which will break ground soon. Slated for the site of a former vehicle inspection center, the shelter’s design was originally an adaptation of the preexisting office building, with dark interiors and unwelcoming spaces built for technicians and cars. The new design replaces the old building with a bright and spacious facility that includes 32 private rooms for women, a cafeteria, meeting spaces, educational rooms, and a large open park where there was previously a parking lot.

The importance of outdoor space has been a key discovery from the Hub Hotel, Roberds says, as its large shaded patio has become like the residents’ living room and gathering space. Until the new shelter opens at the end of next year, the Hub Hotel will be its stand in. Roberds says that even though it wasn’t planned, creating these COVID-related projects has helped the organization better understand what the homeless community needs and how design can play a role in providing it.

“We’re on a pretty steep learning curve,” she says. “The hotel has really been a wonderful experience as we increase our knowledge about that.” 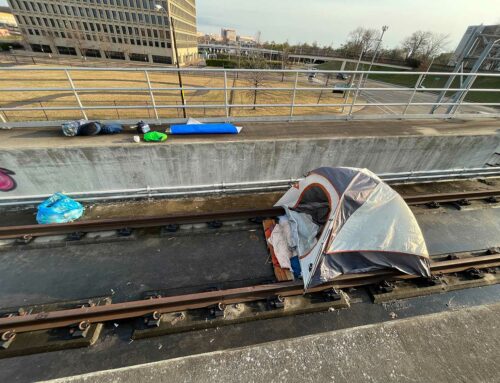 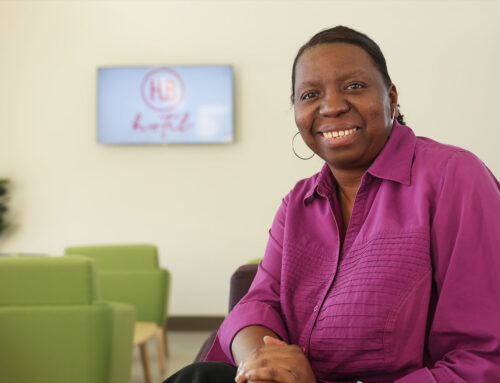 Join Us in Creating Warmth & Kindness this Holiday Season 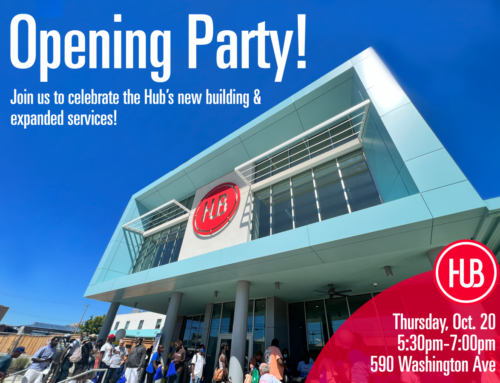 You’re invited to the Hub Opening Party on Oct. 20! 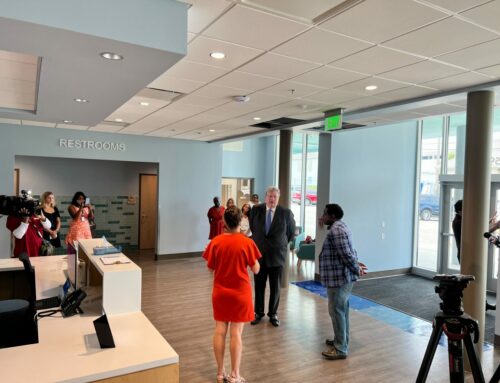 The New Hub is OPEN! 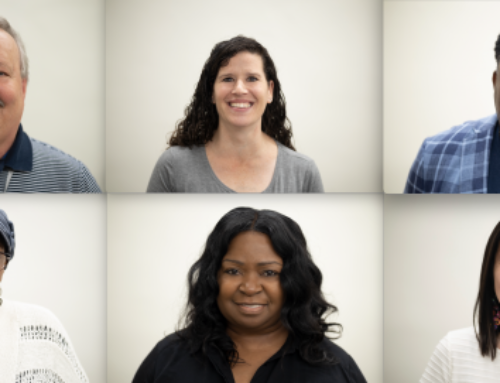 The Hub’s leadership team is expanding!