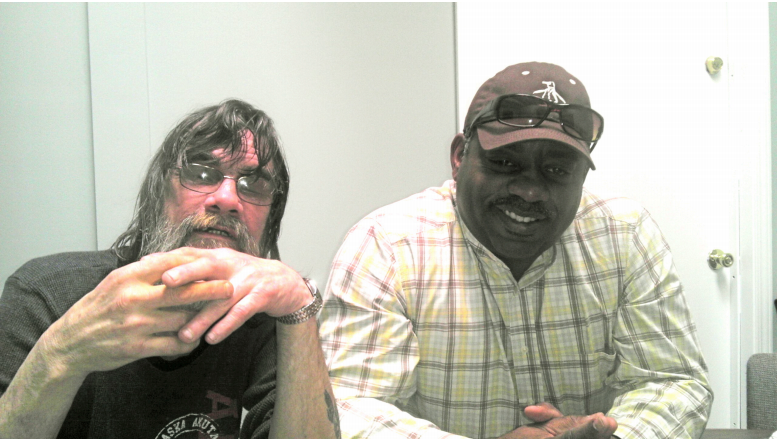 Many of you have heard before that, when possible, we attempt to get our guests jobs in other cities – especially if there is an opportunity for the person to be able to work without needed to worry about where they will sleep that night. Ray is one of those guests who came to the Hub more than a year and a half ago, and joined our Project 50 Jobs Program. Ray is not that great on the computer, so a very computer savvy, young homeless woman filled out his application for a job at Trident Seafoods in Akutan, Alaska.

The very next day Trident called Ray and interviewed him over the phone, and they interviewed him again the next week. He was hired and told that he would only need to get to Seattle, Washington in order to finish his new-hire paperwork before being flown to Alaska. One of our program partners paid 100% of the price of his airplane fare, plus one night in a Seattle hotel. Trident took care of everything else.

His new job pays him a little more than he would make as a Memphis Police Officer, and includes a private dorm room and all of his meals. . . he also gets a three week vacation every three months! Ray and his daughter reconciled during his time as a client at the Hub, and the two of them dropped by unexpectedly to let us know that he is doing great, and to thank us for all of the help he was given by the volunteers and staff at the Hospitality Hub.[/et_pb_text][/et_pb_column][/et_pb_row][/et_pb_section]